This week at Kings Forest, the school has been focusing on science. Because of the recent launch of Tim Peake to the international space station, we decided to focus our whole week on space.

Each year group was given a question to investigate such as:

” Is colonisation of another planet possible?”

“Can animals and humans survive in space?”

Each class has been conducting experiments and analysing data to see if they could answer their questions. This culminated with a special assembly on Thursday afternoon where each year group fed back to the school on their findings. It was great to see what each class had found out and they provided some excellent displays in the hall. 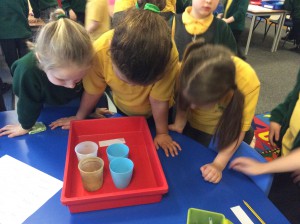 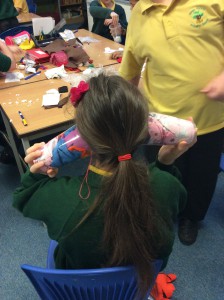 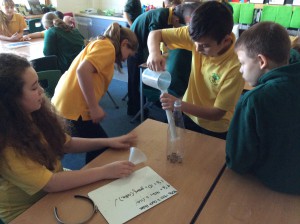 On Wednesday, we were treated to a special visit by Paul Hill from the European Space Agency. He was able to tell us so much about the international space station and even helped Mr Newman to make a rocket on the stage! 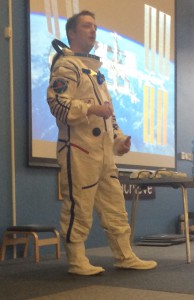 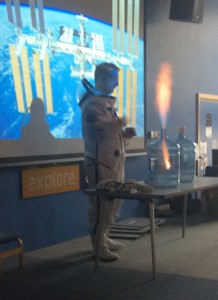 As well as this, the children have gone on several trips to UWE to work with engineering students. Year 5 and 6 went on Monday to investigate forces and on Friday, Year 2, 3 and 4 as well as some of Year 1 went along too. 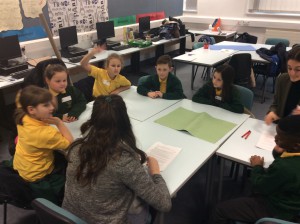 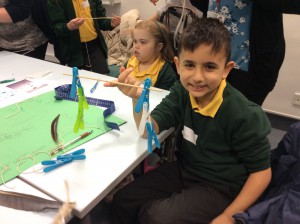 Reception were lucky enough to have the explorer dome visit the school as well. The children really enjoyed being able to get hands on with science!

As you can see, science week has been extremely busy! The children have shown great enthusiasm and have been brilliantly behaved throughout.

Thank you to Miss Amey for organising everything so that it went off without a hitch! I'm sure after all the fun we have had that everyone will be looking forward to the next science week!

For the last three weeks, we have been writing losing tales in year 4. We started by looking at a model of excellence, focusing on the structure of a losing tale and the language features that we wanted to use in our own stories.

This week, the children have been producing their own stories.

To link with our topic, Ancient Civilisations, the children set their stories in either Ancient Greece or Egypt. They produced some excellent setting descriptions that used some of the figurative devices we have been looking at. These included similes, hyperbole and personification!

The children produced some excellent writing and it was great to see them engaged with the learning and eager to share their work with the class! 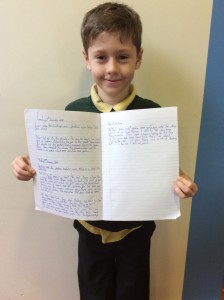 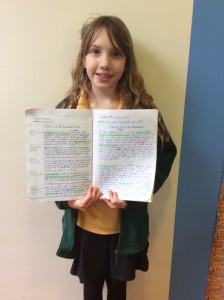 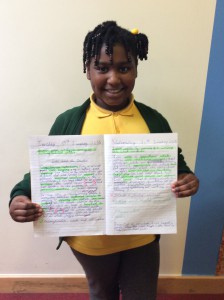 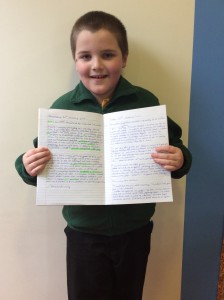 This term, year 3 are looking at habitats of living things. Our topic is called Frozen as it links to our reading book ‘The Ice Palace’ by Robert Swindalls. During our bang day, we investigated animals and plants which live in the extreme climate of the Arctic region. We discovered countries which were part of the Arctic Circle and talked about what it would be like to live there. We couldn’t imagine having almost 24 hours of darkness! 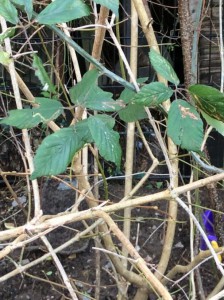 For the morning, we created clay animals which we could find in the Arctic and then in the afternoon, we made shoebox animals for these animals. One of our favourite animals was the lemming, which can be found within the Arctic tundra! On the same week as our bang day, we explored the school environment and looked at habitats within the school grounds. We had a fantastic time and we are looking forward to more discoveries over the next few weeks. 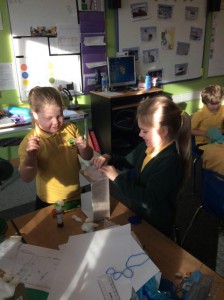 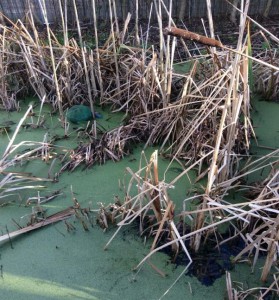 On Tuesday, year 5 had their bang day for their new topic, space! We started the day thinking about things we already knew about space and things we would like to find out more about. We came up with some great questions such as, is there any gravity on the moon? How long does it take to get to the moon? How does a rocket land at the International Space Station? We are looking forward to finding out the answers over the next few weeks.

Next we watched rockets launch into space – some were more successful than others. We found out about the different forces acting on a rocket at take-off and drew models in our books to show our understanding.

We used this to help us design and make a rocket to launch in the afternoon. We launched our rockets using vinegar and bicarbonate of soda. When mixed together, they create a chemical reaction (which is irreversible). As a result of this, it produces carbon dioxide. The carbon dioxide filled a balloon put on the end of our bottles and propelled the rocket into the air when it exploded – in theory! We all sat eagerly in the playground watching each rocket be prepared for take-off. There were lots of countdowns, lots of laughter and lots of rockets exploding on Miss Fish! Although we are not quite ready for a Mission to Mars, we had a great time and learnt lots! 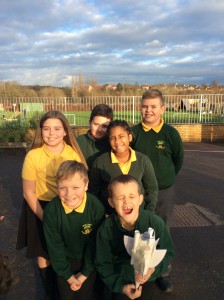