It has been an amazingly busy and creative week at Kings’ Forest Primary School with our 3rd annual Arts Week taking place all over the school. The week culminated with a hugely successful exhibition on Friday afternoon. The theme this year was Brazil, to coincide with the Olympics which will take place in Rio de Janeiro in July. We have had a host of professional artists in school this week, including resident artist Matt Jeanes, who has worked with Reception, Y1 and Y6. Each year group has had their own sub-theme to investigate and to inspire their work.

In Reception, the children have been learning about the Amazonian rainforest. They had opportunities to experiment with block printing, which produced some fantastic results. They have also learned a rainforest song and made some beautiful salt dough birds. 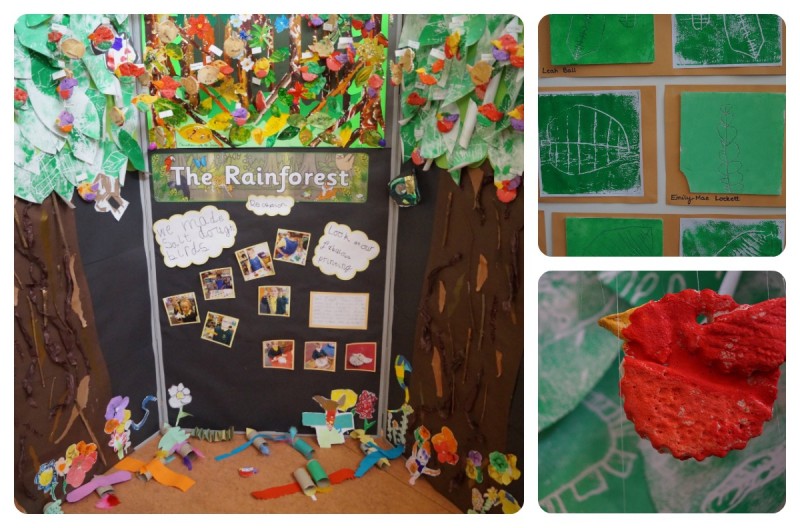 As Brazil has a huge amount of Atlantic coastline, the theme in Year 1 was View From The Beach. The children have created two gorgeous collages together, featuring work by every child. They also made sea turtle sculptures and made their own brightly coloured flipflops!

As part of their work on urban Brazil, Year 2 had a taste of a Brazilian martial arts / dance when they were visited by capoeira tutor Ollie Dennison on Thursday. The workshop was a huge hit with the children; they learned about the history of this intriguing art form and heard the music of Brazil, played on authentic South American instruments. They also printed some amazing city-scapes using various materials, drew the favelas of Rio de Janeiro and sculpted and painted their own versions of the Christ The Redeemer statue that towers over Rio. 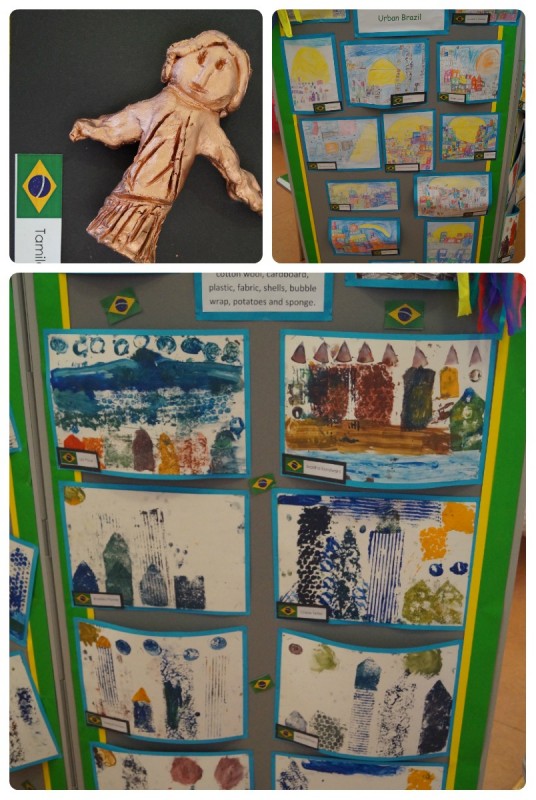 Year 3’s topic was ancient Brazil. They worked with Vernon Jones to make some fabulous pots and masks out of clay. These were inspired by the pre-colonisation Marajoara culture from the Amazon region. They also learned a dance and performed it in costume on the playground and produced some impressive observational drawings of people from Amazonian tribes. 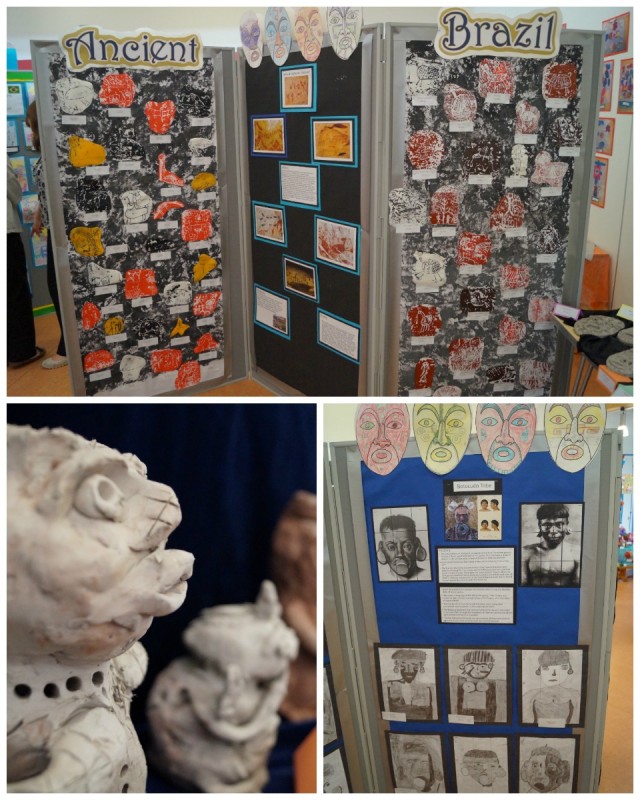 In sharp thematic contrast, Year 4 have been studying Brazilian contemporary artist Beatriz Milhazes, who produces cheerful, brightly coloured abstract paintings and collages. Emma Hawkins spent a day with the year group, exploring colours and textures to create an amazing collaborative collage. They also explored painting skylines and sunsets using watercolours. After their first attempt the children agreed that they ‘couldn’t do it yet’ but I’m sure you’ll agree that their final pieces are wonderful. 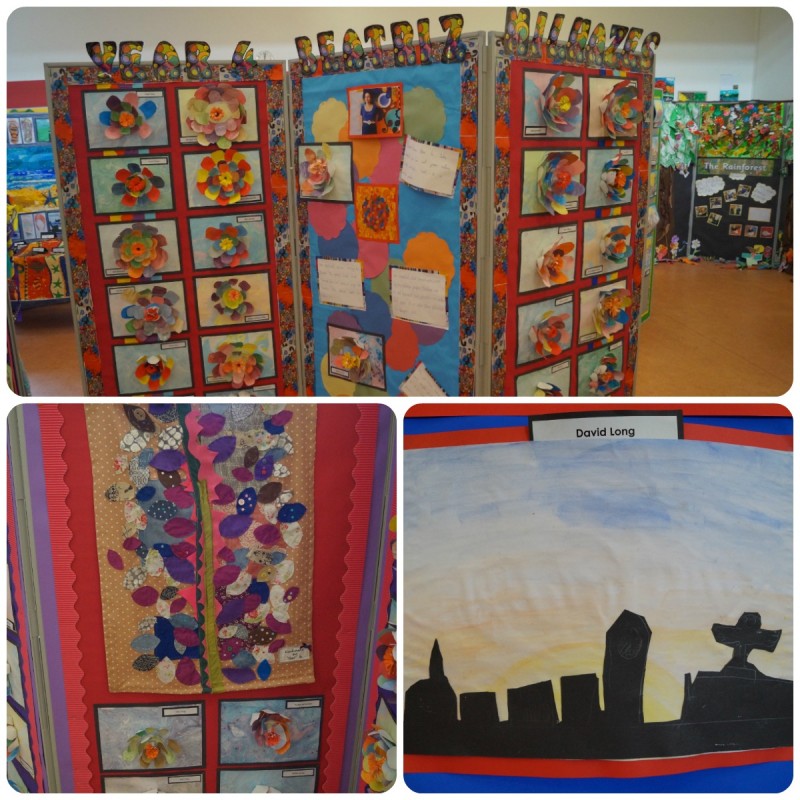 It has been carnival time in Year 5 this week, and to fit with their theme the children have each made an impressive headdress and a maraca. They also had a day long visit from Simon Carver from South Gloucestershire Music Hub who introduced them to the rhythms of samba. On top of that, each class made an amazing collaborative collage of a carnival dancer. 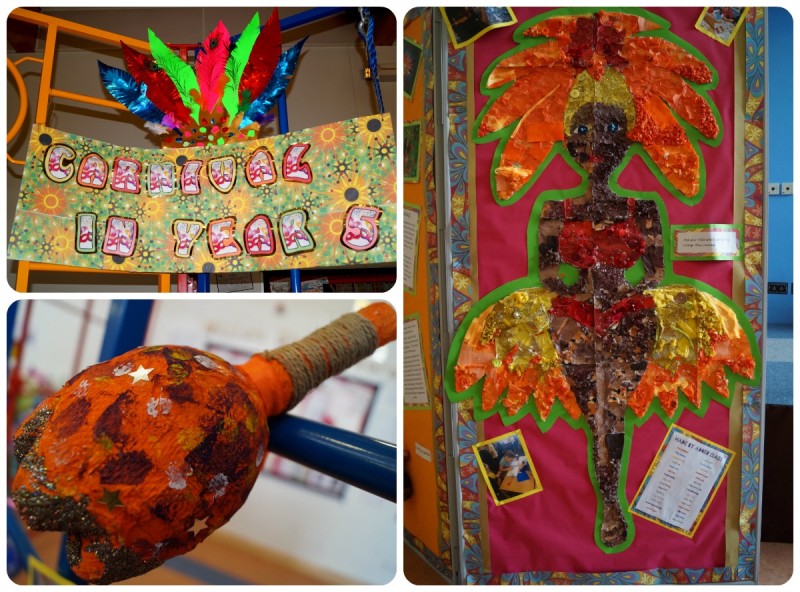 Year 6 have been looking at the Olympics in Rio. They worked with Matt Jeanes to produce their own olympic self-portrait which they then edited and manipulated on a laptop using online photo editor Pixlr. They have also each designed and sculpted themselves a medal out of clay which has been spray painted gold (of course!). On top of that, they have written their own version of an Olympic theme song called Reach For The Top  which has been recorded and incorporated into an interactive installation using a laptop and a Makey Makey. 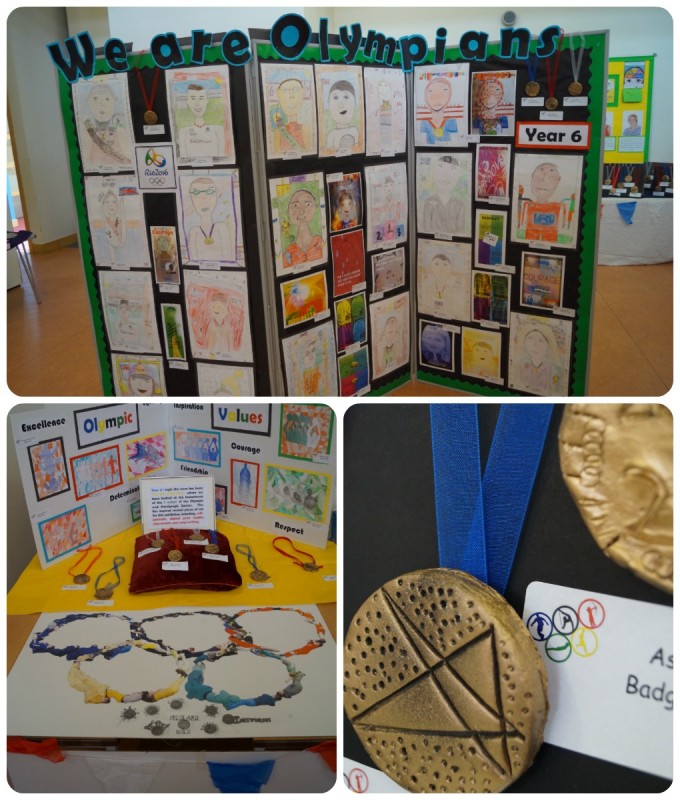 As if that were not enough, this week has seen the launch of KFPS Radio, Kings’ Forest Primary School’s very own radio station. After a tough selection process, sixteen children were chosen to be on the radio team from now until the end of the academic year. On Tuesday, the children had a full day of training with Russell Prue (the creator of the system that has been bought) which ended with a live broadcast to the school. All of the children involved made us very proud with their ability to perform under pressure and to keep going when things got challenging. It was such an exciting day and everyone involved could see the potential impact of the radio station on our young people and the school as a whole. Their second broadcast was during the art exhibition on Friday, and it was also a fabulous success.

You can hear recordings of KFPS Radio broadcasts on our new KFPS Radio soundcloud here:

Finally, a big thank you to all of the children and all of the staff who made Kings’ Forest Arts Week 2016 our best yet – well done everyone!

Fly me to the moon!

What a busy term Year 2 have had so far!  We have been working incredibly hard in preparation for our SATs tests which we are sitting this week and next.  The children have been focused, determined and have shown true resilience throughout.

Our topic this term has been ‘Let There Be Light’ and the children have created some fantastic homework investigating light and dark.  As a result we have learnt a lot about light sources and nocturnal animals. 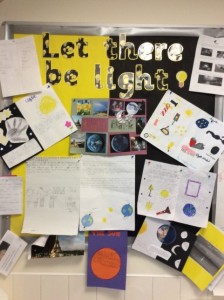 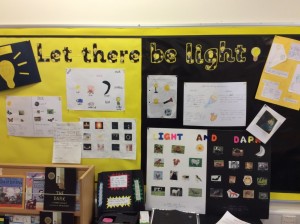 As part of English we have been writing stories based on ‘La Luna’.  Wrapping up this section we have designed our very own persuasive adverts to entice people to visit the moon!  We’ve had a lot of fun coming up with different slogans and we expect to have a long list of eager travellers for our first trip into space.

Abigail, Alex and Lenora showcasing their wonderful adverts for the moon! 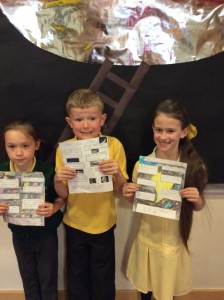 Danniella, Levi and Emily are all very proud of their work today.  There are even some aliens trying to get into their picture! 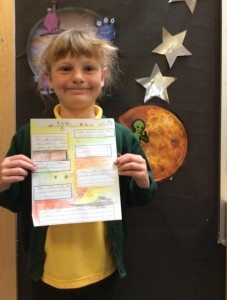 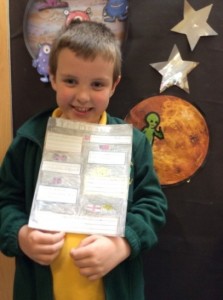 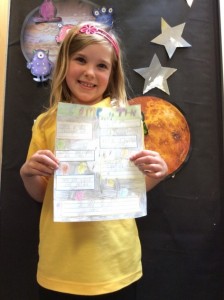 Letters to the SS Great Britain

In April, Year One went to see the S. S. Great Britain.  This morning, we wrote a thank you letter to the staff for such a wonderful day!

In our letters we talked about what we enjoyed.

“I enjoyed dressing up as Victorian people.” – Riley B.

“I enjoyed finding out about tapping out the weevils from the biscuits in third class.” – Lexi.

“I enjoyed putting the rivets into the holes to make part of the ship.” – Maddy. 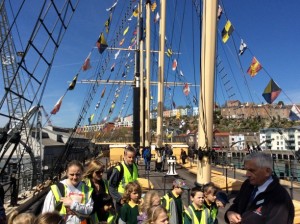 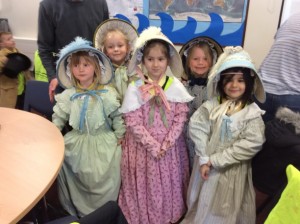 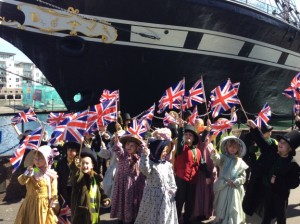 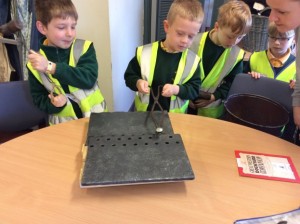 We tried really hard to include adjectives, questions, exclamation marks and lists with commas and a list.

“Thank you for the tour.  I really appreciated it and I’m sure the other children did as well.  How did you make the rats run across the kitchen?” – Evelyn.

“I really liked going underneath the ship, seeing the huge propeller, getting dressed up and waving flags.” – Sam.

In Reception, we have been thinking about how to use tools safely and the story of the Three Little Pigs. 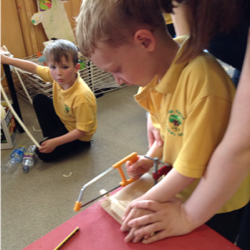 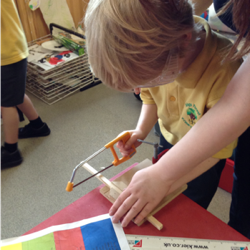 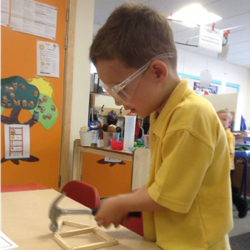 To continue on the theme of the Three Little Pigs, we also had a go at laying bricks. We had a great time and learnt lots! 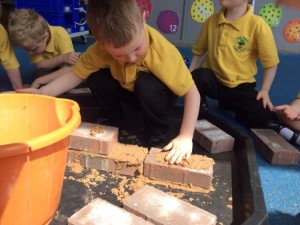 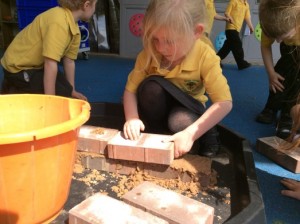