Our sports week kicked off with a visit from the Bristol City footballer Lloyd Kelly. He told us about his daily routine and answered lots of our questions. Each year group had a go at alternative sports such as Tchoukball and street surfing and took part in a sports day. We also took part in Wake and Shake each morning which helped wake us up and prepare for the day ahead.

Reception
We have been developing our kicking and dribbling skills. With the coaches we have been learning about different passes and how to throw and catch accurately. 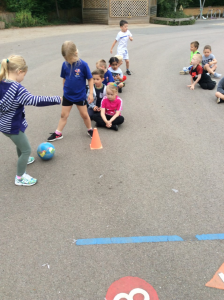 Year 1
We have been fantastic this week and had a brilliant on Sports day! We have all participated in Wake and Shake each morning and shown off our amazing dance moves. We have also been practising our cross country skills – we have been doing two laps of the field before every lesson! 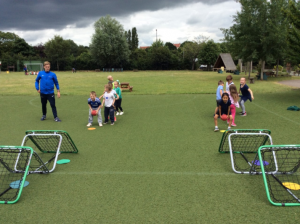 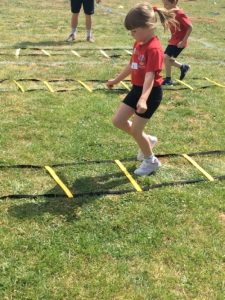 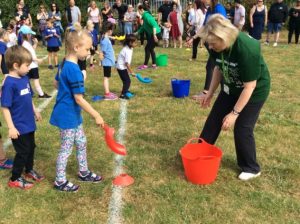 Year 2
We have had a busy week! We learnt how to Tchoukball which was tricky at first but we soon got the hang of it. We invented our own sports which was great fun, here are some of our ideas: head ball and swimming ticking. We also participated in some team games where we had to help each other and communicate well. 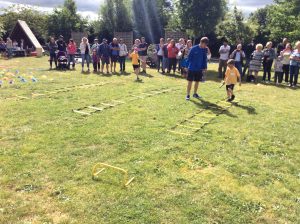 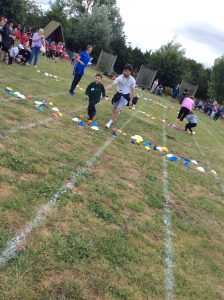 Year 3
Archery:
All children tried very hard when learning to shoot an arrow into the target. Getting the arrow to balance onto the bow was quite tricky! Some children hit the middle target. 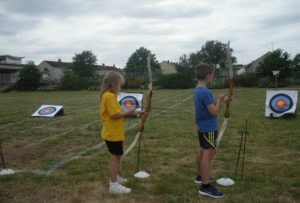 Football:
We worked on our dribbling skills with Mr. Lecrass, thinking about our control of the ball. 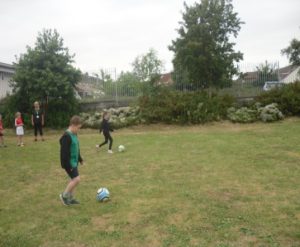 Street surfing:
We had a great time street surfing! Everyone had a go and some children managed to ‘surf’ holding on with one hand and a few managed on their own! 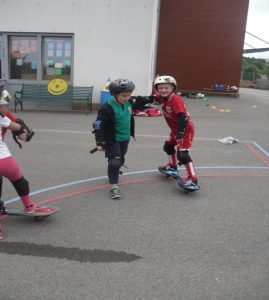 Rugby:
With Mr. Skelton we worked on our throwing and catching skills using a rugby ball. 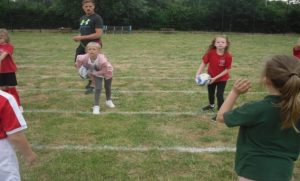 Year 4
On Thursday, we went to the field and saw bows and arrows everywhere. The man was excited to see us and he was very good at keeping us safe. It was really hard to do but in the end we got it! We all had so much fun! The arrow made a weird noise when it hit the target.
By Oscar Patterson, Caitlin Lewis and James Westbrook 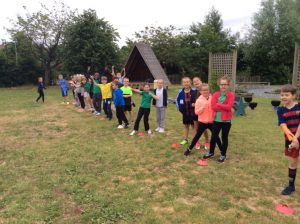 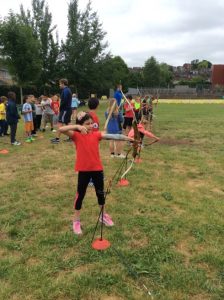 Year 5
Year 5 took part in a number of different activities throughout the week. They were given the chance to try out Archery that they particularly enjoyed due to the fact that our class book is Robin Hood. Stoats and Adders also thoroughly enjoyed Street surfing , where after just one lesson a number of them were able to move independently. We were lucky enough to have a cricketer from South Gloucester come in and teach us a number of skills and play a game of cricket. 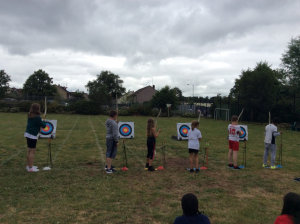 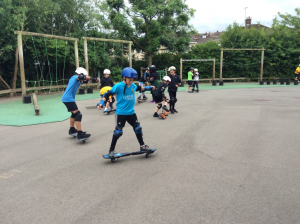 Year 6
During Sports Week, year 6 have tried their hand at archery and cricket and built teamwork through group relay activities. Most of our archers could now teach Robin Hood a thing or two! 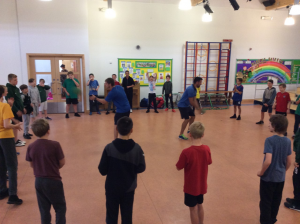 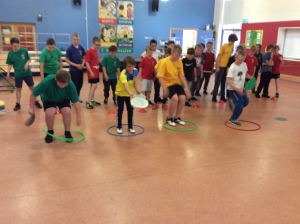