In Year 3 this week, we have been continuing with our Roman’s topic. We learnt about life as a Roman slave and thought about what it would be like to be one. Each of us wrote a diary entry as a slave, including aspects that we had learnt as well as how they might have felt. 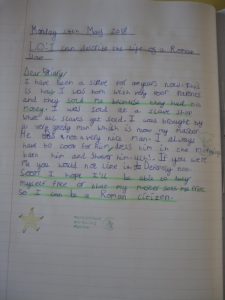 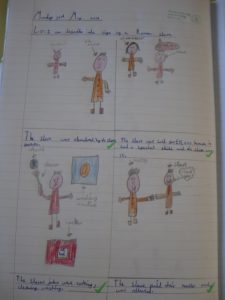 Later on in the week, we used our knowledge of life as a Roman soldier to conduct interviews to join the Roman army. We had to think about what makes a successful interviewee, as well as all the skills we have previously learnt in Oracy lessons. Such as: using eye contact, a clear voice, being prepared for the questions and answering coherently. The children enjoyed this task and completed it in character and used all of the new vocabulary. 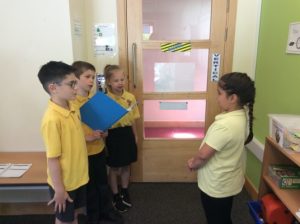 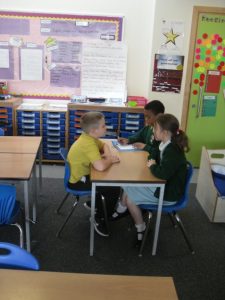 Firstly we want to start by saying how very proud we are of ALL the Year 2  children.  They have worked super hard over the past couple of weeks as we have been undertaking SAT’s tests (not that we let them know it was the official ones! They’re very used to taking these ‘quizzes’!)  It has been great to see all children trying their very best – what superstars!

A couple of weeks ago, as part of our ‘Fire, fire!’ topic we had a very exciting visit from the local fire service.  We want to share with you some pictures from the visit. 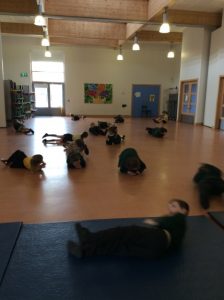 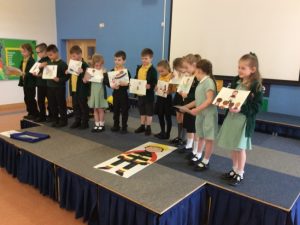 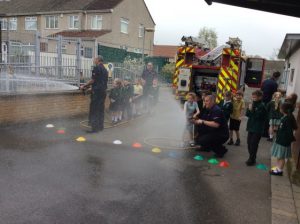 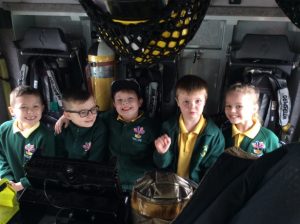 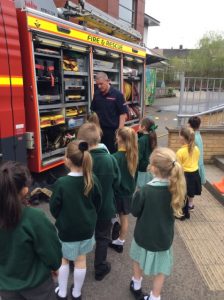 The children learnt exactly what it is that the fire service does, from putting out fires, to rescuing animals and offering home checks to see how fire safe houses are.  All children learnt what to do if they caught on fire (stop, drop and roll) and we all practised this on mats in the hall! The children loved being able to sit in the fire engine and explore all the equipment that they have on board the engines.  The most popular part was of course spraying water from the hoses!

This week we have been exploring forces in our science lessons.  We have learnt that to give an object motion you need to apply a force. This got us thinking, how could we make an object move faster or slower?

We experimented with the forces of push and pull by kicking balls, having a tug of war and pushing cars down ramps. To make the object move slower we used less force when pushing and pulling the object.  To make it move faster we used a greater force.  We observed that the greater the force, applied to an object, the further it will travel.

We had fantastic fun and learnt a lot about forces and motion. 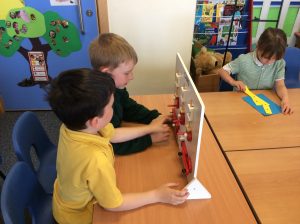 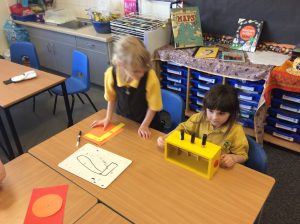 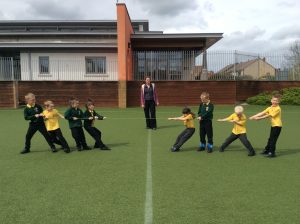 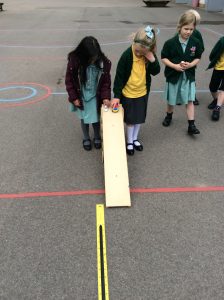 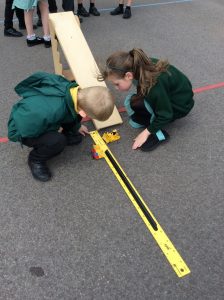 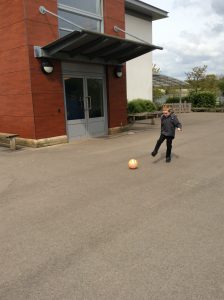 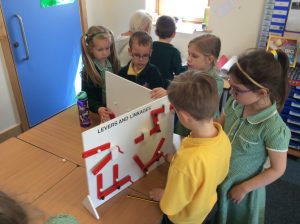 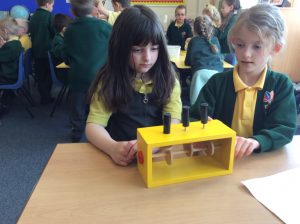 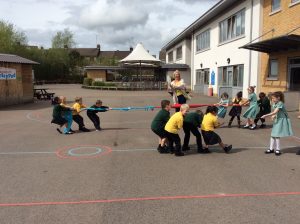