Learning about autumn has been great fun.  We have studied leaves, pinecones and conkers and even met some tortoises getting ready to hibernate over the winter.  This week we left the school for our autumn walk.  We walked along the cycle path to Mangotsfield Station noticing the signs of autumn as we went.  When we arrived there we carried out a scavenger hunt, looking for different coloured leaves (there were lots of yellow and orange leaves) and for other natural objects.  We even chanted the story of the Bear Hunt as we explored.  Later we collected twigs and leaves to make a cosy home for a hedgehog.

After our walk we used the objects we collected and described them using our five senses.  We came up with a collaborative autumn sensory poem.

“In the autumn I can see the leaves changing colour.

In the autumn I can hear the leaves crunching underneath my feet.

In the autumn I can feel water from the puddles splashing.

In the autumn I can smell smoke from a bonfire.

In the autumn I can taste hot chocolate and toffee apples.” 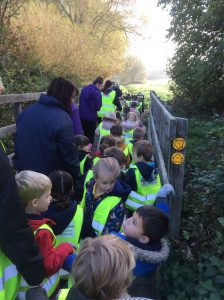 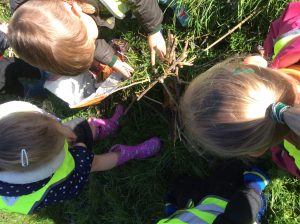 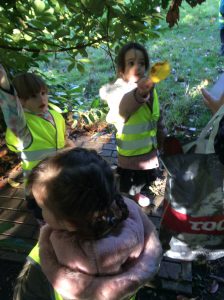 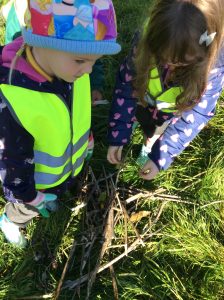 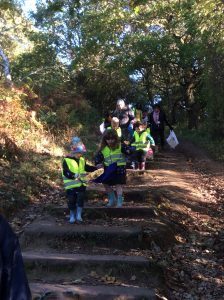 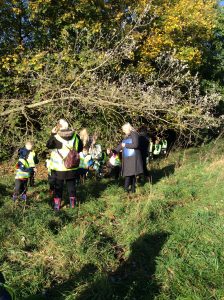 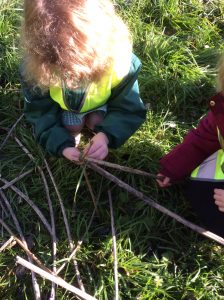 Our children have thoroughly enjoyed their first term at school and have settled into their learning brilliantly.  We are so proud of the way they have become positive learners and can’t wait to see the progress they continue to make in term two.

This week, we have been fortunate enough to visit the Lifeskills Centre. Lifeskills aims to show children how to take personal responsibility for their own safety. The children learnt how to assess risk and cope with difficult situations by taking part in a range of realistic, interactive activities.

The children worked in small groups and were taken around the realistic “village” by the excellent volunteer guides.  Here, they experienced a number of difficult or dangerous situations. Some examples of these included understanding the safety regulations on a beach, a train track, and crossing roads. The children also learnt how to call the fire, ambulance and police service, giving clear and accurate information of the event and the location they were in.  It was brilliant to see the children working together to decide how to overcome each problem and have the opportunity to learn from their mistakes in a safe environment. 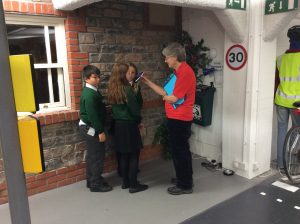 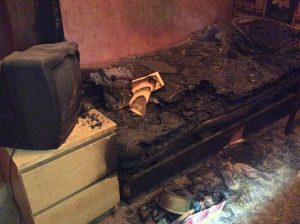 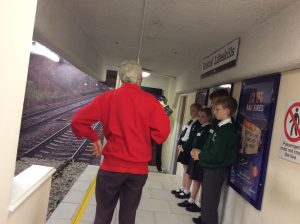 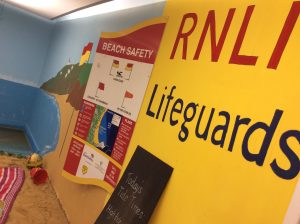 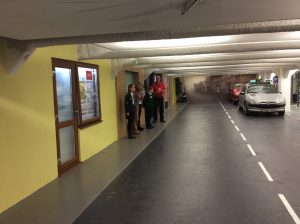 During this month, we have been celebrating the work of some key, influential black women and learning about their impact on both history and society today. We have learnt how Maya Angelou pursued her dream to become a writer by not allowing those who told her she could not because of the colour of her skin. We have also studied the British athlete, Tessa Sanderson CBE and discussed how she has influenced many young athletes to take part in sports today. We even tried to throw a javelin like her during our lunch time. This week, we have learnt about Malala Yousafzai and her role in fighting for equal rights for girls in education. We thought about how brave Malala was during very difficult times in her life and reflected upon our own bravery to stand up to things that we know are unfair or unjust.

Next term, linking closely with our World War 1 topic, we will be creating a commemorative remembrance garden. We will be filling the garden with poppies and will take time to reflect and remember those soldiers who have scarified their lives for our country. We would like to thank you for all of the plastic bottles that we have received from you which we will be using to make our poppies.

It has been wonderful to see so many children attending homework club every Monday after school and working so hard during this time. It is great to see the children developing their learning further and asking questions to support them in securing their understanding of different topics. It has also been wonderful to see the children move on to further challenges beyond their homework to extend their understanding.

Frozen Our first topic, ‘Frozen’, began with the children putting their problem solving skills to the test as we set them the challenge of creating an igloo, using just cotton wool balls, scrap paper and glue. All of the children worked extremely well as part of a team, allowing each individual to participate fully. The children loved the creativity of this activity and demonstrated the school value of being responsible learners through their actions. Later that day, we had ‘ice’ music playing whilst the children coloured in their own Inuit. This allowed the children to immerse themselves into the culture of the Arctic.

This week we attended a Road Safety workshop in the school hall. The workshop focused on how to be safe when near a road. Firstly, the children watched a demonstration of how to cross the road safely where specialist equipment, such as a traffic light, was used. Then the classes were split into two groups with each group taking part in a different workshop. The first workshop was about how to stay safe when riding a bicycle and the second workshop covered the importance of wearing a seat belt. The children responded positively throughout each workshop. Every child listened intently and asked, as well as answered, some fantastic questions. They are now certainly well-informed as a result.

We are looking forward to our trip to ‘We the Curious’, situated in Bristol, where we can learn more about our science topic, ‘Forces and Magnets’.

All in all it has been a really positive start to the new school year and we look forward to many more learning opportunities in the coming weeks.

Miss Robbins and fourteen children across the school were lucky enough to attend the Wallace and Gromit trail at The Mall at Cribbs Causeway. In Gromit Unleashed 2, Nick Park’s Academy Award-winning character Gromit returned for his second starring role in the award-winning charity’s sculpture trails, but this time he was not alone; the loveable pooch was joined by his pal Wallace and arch nemesis Feathers McGraw! We had the opportunity to see the sixty-six different sculptures designed by high-profile artists, designers, innovators and local talent. We each had our favourite sculpture, however, we all loved the amazing Gromjet!

Miss Robbins and a selection of children from KS2 attended the Children’s Literature Festival at the Guildhall in Bath. On Monday 1st October, we met the authors Meurig and Rachel Bowen who have written the book ‘The School of Music’. It was a fun and face-paced sequence of interactive musical sketches which introduced us to The School of Music’s quirky characters and a wide range of musical styles, from classical and jazz to pop and world. On Tuesday 2nd October, we met the authors Catherine Johnson and Katherine Woodfine who have written the book ‘Make More Noise’. The writers spoke to us about the short stories they’ve contributed to the Make More Noise anthology; and they discussed ways women (and men) have chosen to protest, and why they’ve needed to in the past and present day. On Wednesday 3rd in the morning, we met the authors Alex Frith, Alice James and Jerome Martin who have written the book ‘100 Things About Space’. They took us on an interactive and engaging journey to outer space and filled us with amazing facts. On Wednesday 3rd in the afternoon, we met the author Christopher Lloyd who has written the book ‘Absolutely Everything’. We embarked on an entertaining journey across millennia and continents, and discovered everything about the creation of planet Earth, the age of dinosaurs, the rise of humans, the miserable medieval times, globalisation, wars and global warming all in fifty minutes. It was fascinating!