Reception and The Snow Mouse

For our school trip, we boarded the minibuses and traveled to Bath for what turned out to be a brilliant showing. Both classes can hold their heads up high as they represented the school with their great behaviour, making sure we were safe and responsible.

‘I liked the snow mouse when he was hiding from the girl.’ – Freya

Walking up the staircase inside the venue, the children’s excitement and anticipation began to swell. Then, as we stepped into the soft cushioned and whited-out cave of a theatre, they sat in calm wonder, staring at the shining lights projected onto the walls. 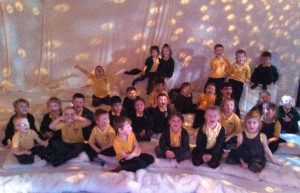 A member of the audience began asking questions of the children, asking to help her find items of clothing around the room only to then step onto the stage and engage the children, performing an array of snow based antics. This led her to the discovery of a particularly sociable mouse to which you will have to ask your children for more details on.

‘It was so good because it had a man that found a mouse.’ – Emma

‘It was funny because it was snowing and the kid slipped.’ Marshall 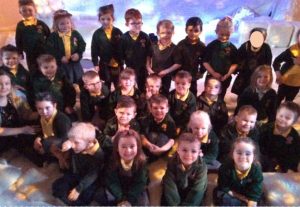 We had an amazing time, children and adults alike. It was lovely to see how fascinated and interested the children were and we are particularly proud with how they managed themselves in such a mature manner.

‘I liked it when the Snow Mouse was sliding down the blocks and saying “weeeee!” .’ – Ray

Year 5 have made a wonderful start to our new topic, all about Trade and Industry. The children began exploring the concept of trade by discussing what it might be like to be sold as a slave in Bristol during the 19th century. The children really enjoyed empathising with how individuals might have felt, what they would have seen, smelt, heard and even tasted in the air…

We have also begun to really delve into solubility in Science! Can oil really be insoluble if it is a liquid? How can we separate a mixture of sand, paper clips, salt and water? Year 5 will use their scientific knowledge to carry out practical investigations and analyse their results to answer these key questions with clarity and understanding.

In Maths and English, Year 5 have been incredibly busy deepening their understanding of mixed number fractions and creating amazing setting descriptions using ambitious expanded noun phrases and personification to describe an industrial scene from many years ago.

We are incredibly excited about the amazing learning experiences Year 5 will be having this term and look forward to sharing these with you! 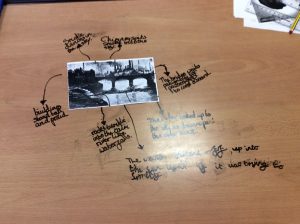 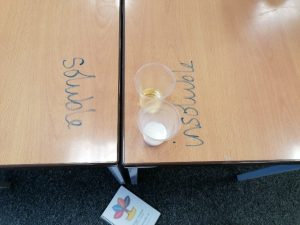 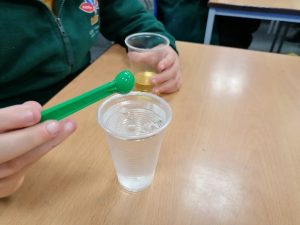 Year 4 have made a fantastic start back after Christmas, full of excitement for their new topic “Childhood and Education”. We will be learning about Education throughout history, beginning in prehistoric times and travelling right through to the modern day. We will also be looking at how schools differ around the world, and there are exciting plans afoot for some international communication – watch this space!

As an introduction to the Ancient Greek education system, Year 4 spent the morning today experiencing life as an Ancient Greek child. This involved splitting Mole and Buzzard classes into boys and girls, so that the children gained an understanding of the reality of a split education system. Girls learnt weaving and general household tasks, whilst boys experienced rote learning of poetry, sport and philosophy. All children found the morning a real insight into the unfairness of the Ancient Greek era!

“I don’t think it was fair because the girls didn’t get to go to school but the boys did in Ancient Greece.”  – Isabelle

“It was fun for the morning but I wouldn’t want to experience it for my whole life.” –  Summer

“Mr Lecrass was looking for the best of the best in sport because that’s what they did in Ancient Greece.” Finlay